Emerald ash borer (EAB), a wood‐boring insect native to Asia, was discovered near Detroit in 2002 and has spread and killed millions of ash trees throughout the eastern United States and Canada. EAB causes severe damage in urban areas where it kills high‐ value ash trees that shade streets, homes, and parks and costs homeowners and local governments millions of dollars for treatment, removal, and replacement of infested trees. We present a multistage, stochastic, mixed‐integer programming model to help decision‐makers maximize the public benefits of preserving healthy ash trees in an urban environment. The model allocates resources to surveillance of the ash population and subsequent treatment and removal of infested trees over time. We explore the multistage dynamics of an EAB outbreak with a dispersal mechanism and apply the optimization model to explore surveillance, treatment, and removal options to manage an EAB outbreak in Winnipeg, a city of Manitoba, Canada 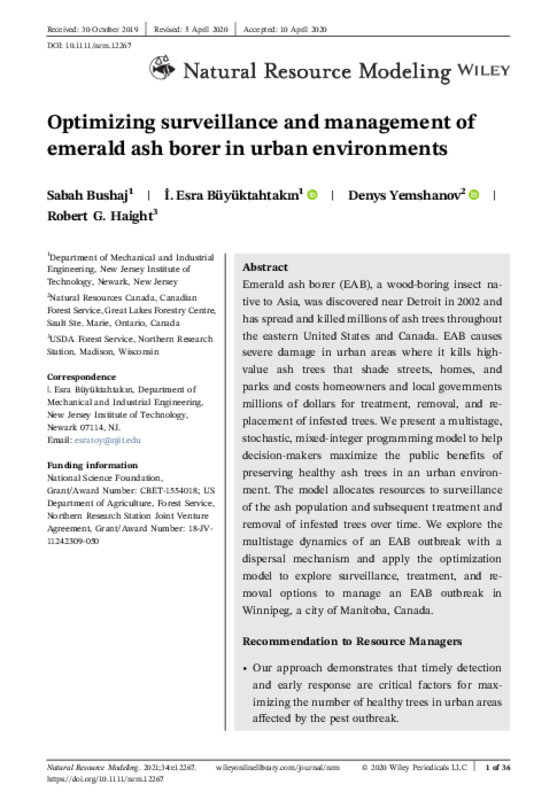