Leaf spots of poplar (Populus) species and hybrids in North America commonly are caused by three Drepanopeziza species (previously referred to by their asexual morph names in genus Marssonina). A fourth species, Marssonina balsamiferae, is known only from herbarium specimens and was described from balsam poplar (Populus balsamifera) leaves collected in 1966 in Manitoba, Canada. Balsam poplar leaves collected in 2014 in Minnesota, USA bore spots with acervuli and conidia consistent with those of M. balsamiferae, and isolates were obtained from these leaves. Conidial morphology and analysis of nuclear ribosomal ITS sequences distinguished the Minnesota strains from the very common leaf spot pathogen of poplars in the northcentral region of the USA, Drepanopeziza brunnea. Inoculation of rooted balsam poplar cuttings with conidia of M. balsamiferae strains from Minnesota resulted in necrotic leaf spots. Acervuli bearing conidia consistent with those of M. balsamiferae were observed on symptomatic leaves, and the fungus was reisolated from infected tissues. Contemporary recognition of existence and pathogenicity of M. balsamiferae, including presence in the USA, should prompt further investigation of its geographic distribution and relationships with hosts and related fungal species. 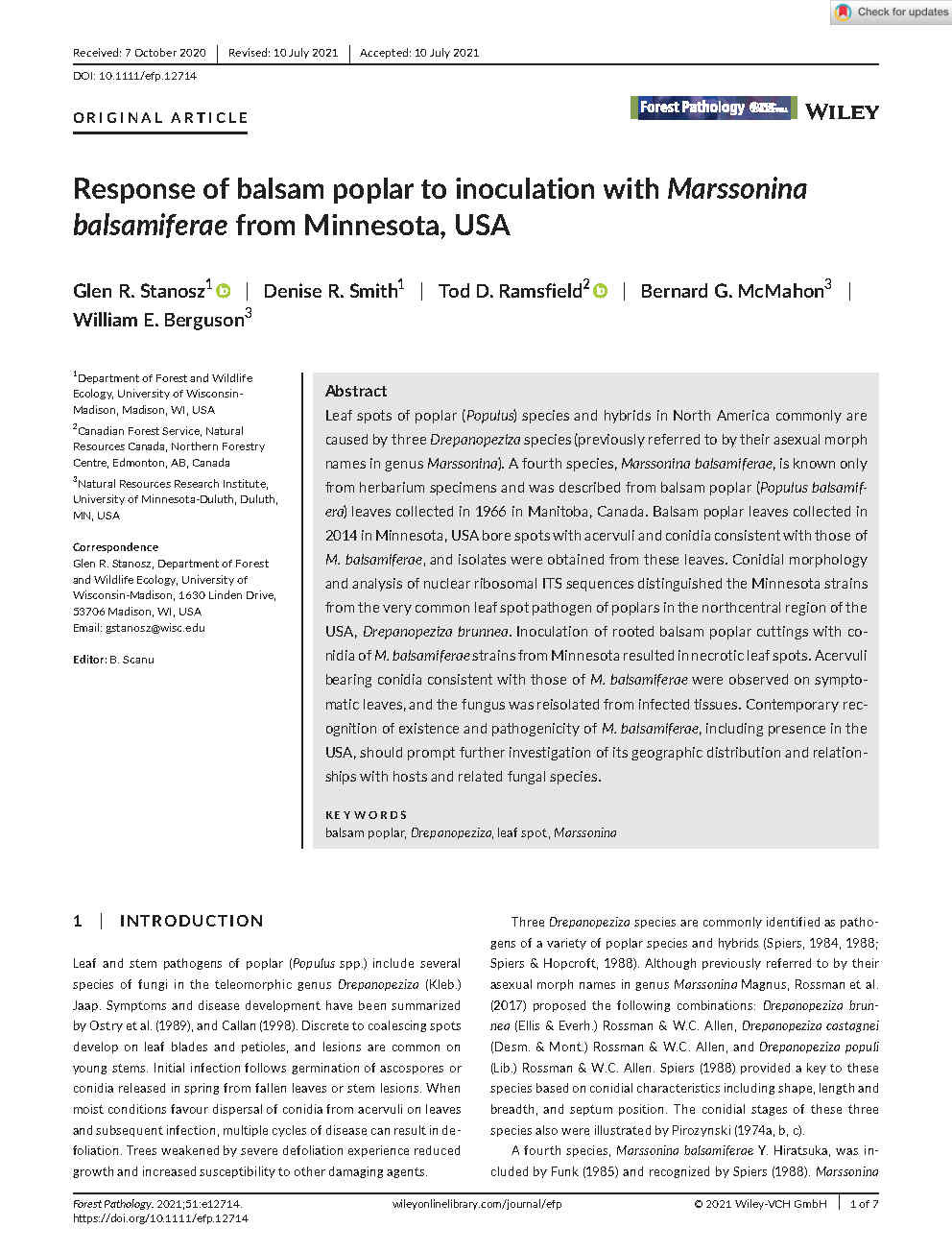