Increases in frequency of anthropogenic and natural disturbances exacerbated by climate change are disrupting animal movement patterns and, in turn, species distribution and abundance. Habitat models are a valuable approach for predicting how a species or population is distributed across habitats. However, in these models, the environmental characteristics describing habitat are typically constant over time which is inaccurate for a frequently disturbed landscape. The goal of this study is to assess the degree to which frequent disturbances can alter abundance and distribution, to the point of which inferences from static habitat maps are no longer relevant. We simulated individual animal movement in a dynamically disturbed landscape and compared the observed spatial relative abundance to the one predicted from a static habitat model fit to the simulated trajectories. We found that the prediction error is higher when the landscape is disturbed than where there are no disturbances. This result holds even with the addition of life-history and demographic processes to the model which would facilitate the discovery of novel habitat by increasing density-dependent movement, thereby bringing the spatial distribution of individuals closer to a proportion of habitat quality arising from the population at equilibrium assumption underlying most habitat models. In the context of species at risk recovery planning, using habitat models with constant environmental covariates to forecast animal locations in areas with more frequent disturbances as a result of climate change will likely produce inaccurate predictions. 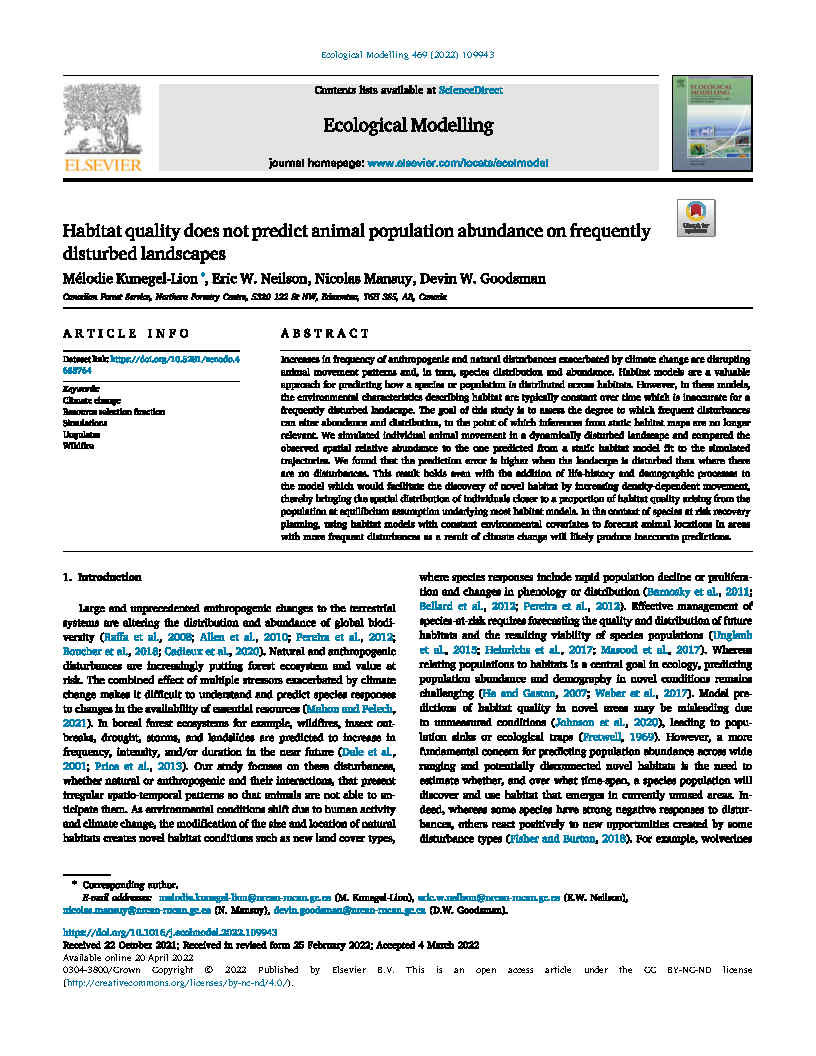