A thinning and N-fertilization experiment was established in an even-aged Douglas-fir forest at Shawnigan Lake, Vancouver Island in 1971, with replication in 1972. This study was concerned with the treatment effects on above-ground biomass, ground cover percent, and N content of salal, Gaultheria shallon Pursh., and bracken fern, Pteridium aquilinum (L.) Kuhn.

The amounts of nitrogen tied up by undergrowth of fertilized plots were relatively small and are not likely to be critical for tree growth except in under very nitrogen-deficient soil conditions and in very young stands. 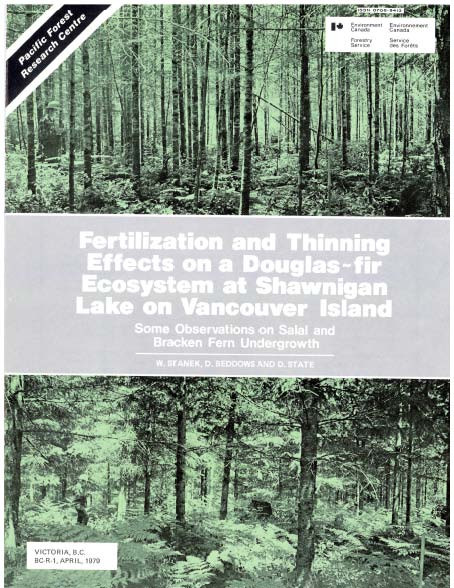