Mating disruption of Douglas-fir tussock moth one and two years after the application of pheromone. 1995. Gray, T.G.; Hulme, M.A. Journal of the Entomological Society of British Columbia 92: 101-105.

Mating disruption of the Douglas-fir tussock moth, Orgyia pseudotsugata was monitored in 15 plots, near Keremeos, B.C. in 1993, one and two years after treatment with a synthetic pheromone, Z-6-heneicosen-11-one. Six plots were aerially treated, 3 were treated from the ground and 6 received no treatment. Total male moth catches from both the ground- and aerially-treated plots were significantly reduced, compared with control plots, when a synthetic pheromone was used as bait. However when virgin females were used as bait, only the ground treatment was significantly different from the control and only for one year after treatment. 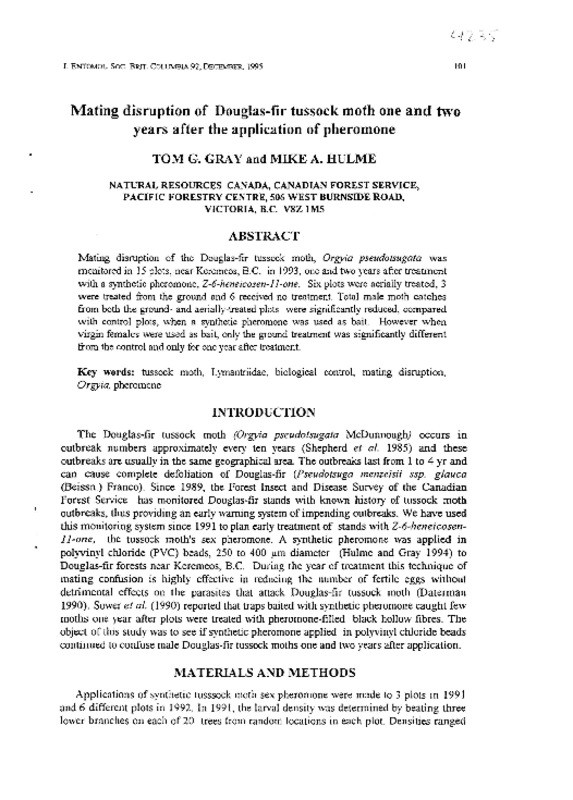