In the 5-year period 1991-1995, the Canadian Forest Service issued 539 certificates of provenance in accordance with the Organization for Economic Cooperation and Development (OECD) scheme for the control of forest reproductive material moving in international trade. These certificates represent 75 seedlots weighing a total of 3707 kg of seed with an estimated value of $2 million. Since inception in 1970 of the scheme in Canada, 3563 certificates have been issued including 680 seedlots producing 36461 kg of seed.

During this same period, 126 certificates of seed quality (representing 3651 kg of seed) were issued in accordance with the International Seed Testing Association (ISTA) rules. This brings the total number of certificates issued to 1038, representing 38916 kg of seed. 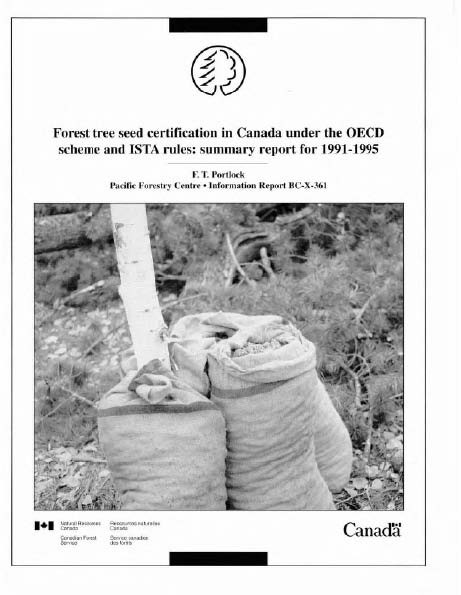