This is the third version of a Canadian Forest Service tree disease identification guide for British Columbia. The first, "Some common tree diseases of British Columbia", by J.E. Bier, was published in 1949. The next edition, "Common tree diseases of British Columbia", by R.E. Foster and G.W. Wallis, was published in 1969 and reprinted in 1974. Since the second edition there have been many changes in the scientific names of the disease organisms and in the economic importance of hosts and diseases. This edition has been updated to provide new information, with more colour photographs, to aid in the identification of tree diseases common on the major commercial tree species of British Columbia. Although this book is primarily aimed at forestry professionals, it will also be useful for arborists, horticulturists, and homeowners as a guide on the diagnosis of disease on a wide range of plants. 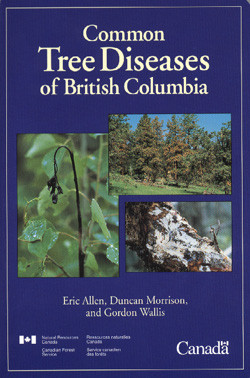