Soil conditions, growth of 1200 planted seedlings each of lodgepole pine (Pinus contorta var. latifolia) and Douglas-fir (Pseudotsuga menziesii), and development of other vegetation were studied to gauge the effect of skidroads on site productivity of a coarse-textured, cobbly, glacio-fluvial soil in south-central British Columbia. Soil density, penetrability, texture, and chemistry were assessed before planting seedlings. Seedling foliage nutrients and root development were analyzed five growing seasons after planting. To reduce the potential for erosion, the steep, cross-contour skidroads were operationally seeded with a mixture of grasses and legumes. Despite reduced soil quality on skidroad surfaces, including increased density and resistance to penetration and reduced organic matter content and water-holding capacity, tree growth rates after 10 years were generally not significantly different from those on adjacent undisturbed soil. Low vegetative competition on the excavated skidroads relative to undisturbed soil and increased nitrogen from the seeded legumes are suggested as compensatory factors. The survival rate of seedlings was least on berms but those that did survive had generally greater growth rates and root development than those growing in undisturbed soil and, especially, in skidroad surfaces. 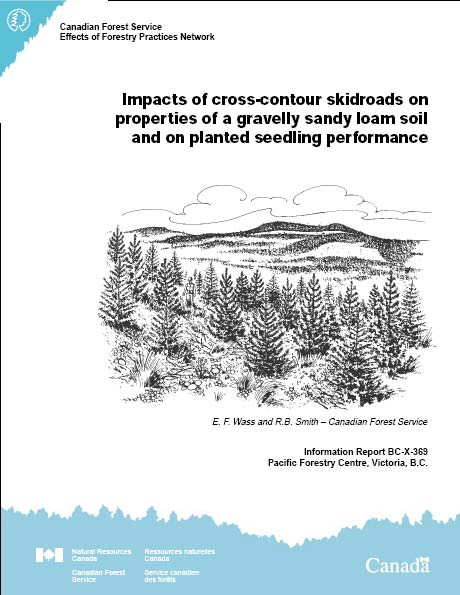